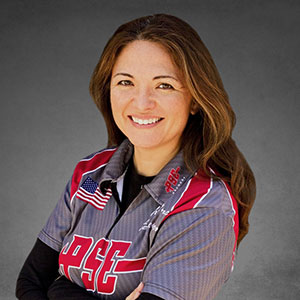 Christine Harrelson is a full-time professional archer who competes in 3D archery, Indoor World Cup, FITA, and Field. After turning pro in 2012, three months later she was the only U.S. female to qualify for the 2013 Indoor World Cup Finals. The following year, she earned her first ASA podium finish in the Women's Pro class, and the winning streak has continued ever since with 11 ASA finals and 4 more podium finishes, including a tournament win at the Metropolis Illinois ASA. At the 2018 Indoor Archery World Cup Finals, Christine finished #5 overall and was the #1 ranked US female archer. When Christine is not competing, she teaches archery at her home range in Chapel Hill, North Carolina.