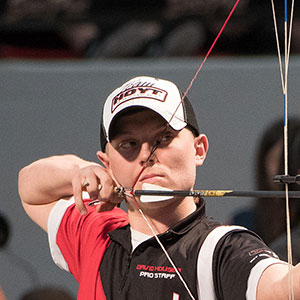 Bio:
I began shooting archery in 2010 at age 12 to start archery hunting with my dad, Mark. To prepare for hunting season I started to shoot local 3D tournaments where I saw some individuals with target bows and I was instantly interested. This interest led me to get a target bow in 2012 and started shooting various IBO and ASA tournaments that all led up to where I am today. I have been shooting ThreadZ Custom Bowstrings for the past 2 years and they are the best set of bowstrings that I have ever put on a bow. I put my trust in ThreadZ, and they are the only set of bowstrings that you will find on one of my bows!