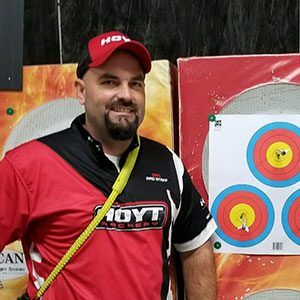 I started shooting local 3d tournaments in 2008 and started shooting national ASA tournaments in 2009 in the Known 50 class. Along the way I started dabbling in indoor and learning how to shoot a hinge correctly which greatly improved my scores and made me a better shooter. In 2012 I turned pro and signed a contract with Hoyt and started to become competitive. I have been blessed to be sponsored by some truly great companies in the archery industry, and none more so than THREADZ Bowstrings. Since shooting their strings I have not had to adjust timing or cam sync due to stretch, and my strings look so good after 10,000 shots that you would think they were almost new!